“Having read the passage, what do you think it means?”

This has more often than not been the first question asked after we’d gone through a chapter; quickly followed by, “And how does it make you feel?”

These questions though good and well intentioned, have been the consistent theme of the majority of Bible studies I’ve attended, and in the past even lead.

At the time, I’d never thought to question whether it was right or wrong to approach the text this way. Especially when the result of that is feeling pumped up and closer to God for the rest of the week. So what could possibly be wrong with it?

Our hearts were in the right place, we desired to know the word of God, to grow in the knowledge of who He is. However, that’s difficult to do when we make ourselves the centre of the narrative rather than Him.

This form of interpreting the Bible is called Eisegesis. The dictionary defines Eisegesis as: ‘An interpretation, especially of Scripture, that expresses the interpreters own ideas, bias, or the like, rather than the meaning of the text.’

An Eisegesis take on David and Goliath

A clear example of this is how the story of David and Goliath is often interpreted. It usually goes something like this. Let’s say for example that you the reader believe yourself to be David. The trial in your life (whatever it maybe) is Goliath. By faith you can overcome your Goliath with the stones in your sling (personal resources).

Have you heard the story preached this way? I know you’re probably thinking, “what’s wrong with this approach to God’s word, as it encourages us to have faith?” … But who does it actually make, the ‘saviour’ in the story?

You see we become the focus of the story, instead of God. And what happens when we begin to do this with all the narratives in the Bible.

As the saying goes, ‘a text out of context becomes a pretext.’ In other words, the text becomes what we interpret and deconstruct the story to be and less about God, His redemptive plan and fulfilment of it.

The trouble with exploring bible narratives this way, is that we then determine, rationalize and choose what the message of the text is. Our faith becomes more about our strength and our religiosity rather than God’s character, truth and promises.

This can create a works and deeds mentality as well as a prideful mindset, that looks more to the self than to God. This can easily escalate to doubting whether God’s word may or may not even be true, important or authoritative.

These are the dangers of approaching the Bible in such a way.

Let’s look at the definition of Exegesis. The word Exegesis means; ‘a critical explanation or interpretation of a text or portion of a text, especially from the Bible’.

When we do an Exegesis we interrogate a bible text and ask questions of it rather than impose our meaning and deconstruction of it.

This means asking questions, such as, ‘Who wrote the text? What was the context? What is the text about? What did this mean to the original hearers?’

This approach encourages us to use commentaries and other sources and resources to determine and look for possible relationships with other books of the bible.

The alternative Exegesis take on David and Goliath

With this in mind, what would the exegesis approach to the David and Goliath narrative look like?

The exegesis approach would interrogate the text with the questions posed above and more, looking at the bigger picture being painted.

Then we would look at the context of who David is and where he was born. David would be understood to foreshadow Jesus Christ, while we draw out similarities, such as: the fact that both David and Jesus were born in Bethlehem; both were despised by their siblings and perceived as weak by the surrounding powers; and both were anointed by God.

Then we explore the question, ‘Why did God chose him?’ and ask, ‘What is the message that God was communicating to his people?

As the nation of Israel stood watching from their cowered positions as David stepped up to face Goliath, where and who are we really in this narrative? ‘We’ as Israel, stood on the side lines offering no support or help, contributing nothing to the work of Jesus against the power of evil and Satan.

Not in and of ourselves are we declared conquerors but rather, in Jesus’ victory are we victorious.

And finally we ask, ‘how does this narrative apply to us today?’

Consistently approaching the text in this manner points us to God, His character, His will,

His works and gives Him the glory He deserves, while placing our faith in Him rather than ourselves and our own faith and abilities.

So how should we begin to read our bibles?

Below I have listed a couple of resources that will help you on your journey to studying the word of God in a way that expands your knowledge of Him, draws you closer to Him and by virtue increases and deepens your faith.

How To Eat Your Bible – Nate Pickowicz

The New Testament For Everyone Commentaries – Tom Wright 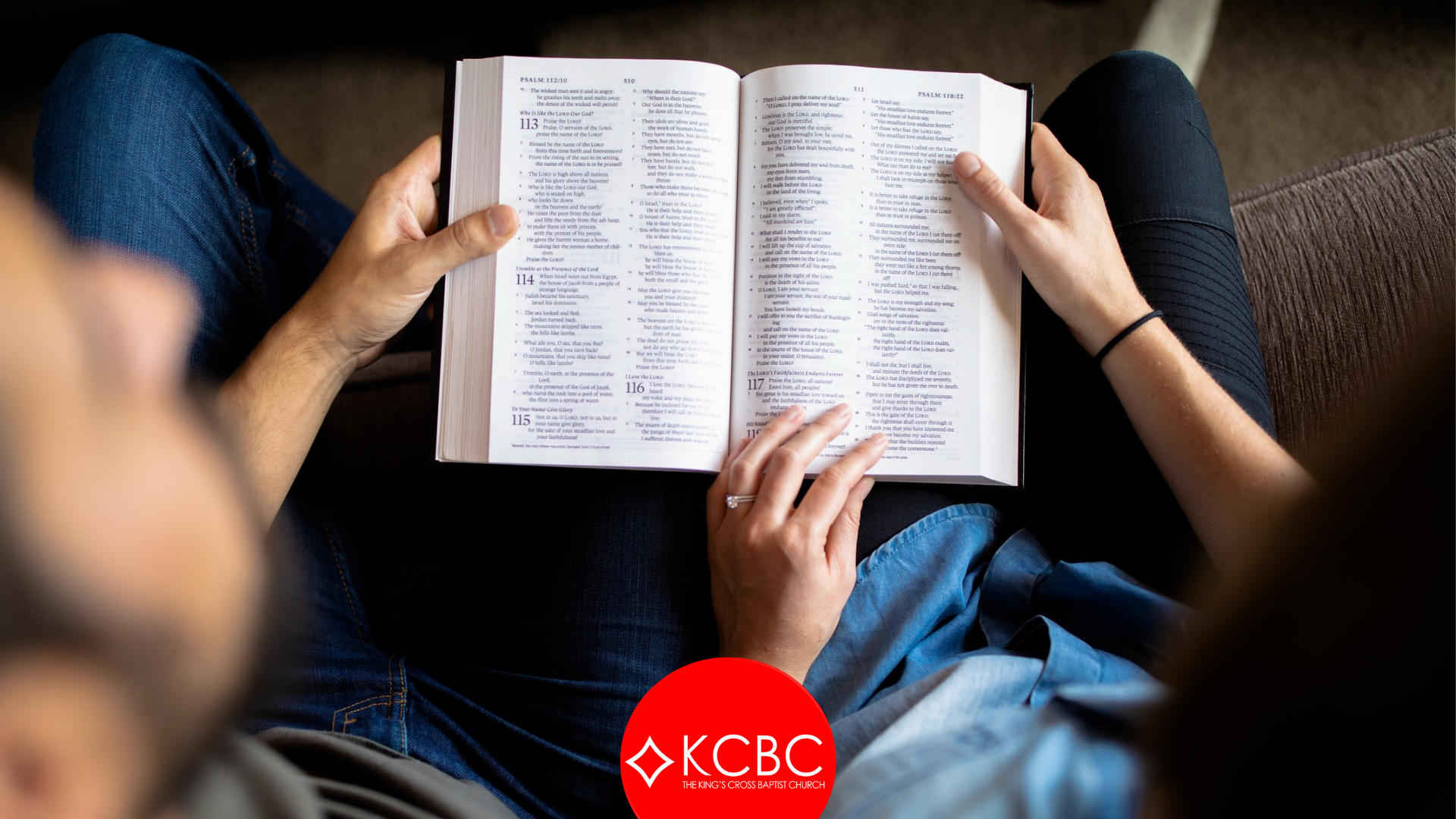