In February, we begin a new series of morning messages, from Paul’s Letter to the Galatians. This is one of the earliest parts of the New Testament to be written. It contains foundational teaching about the faith. Paul wrote it to counter false teaching that was leading people astray. This had caused them to lose touch with the liberating message of God’s grace. We need to hear that message again today.

We live in days when trust in truth has declined. Some call it ‘post-truth’, or ‘alternative facts’. Well, we do speak from a different perspective, real alternative facts – about God, about ourselves, about the world’s future. It’s a truth not, we need to strengthen ourselves in that truth, in order to. Some Christians today don’t like talk of doctrine, they feel it straitjackets them. However, doctrine provides us with the framework of Biblical truth, in order to give us a standard of truth that helps us resist the pressures that try to make us conform

For those of you who like to know some academic stuff, you may like to know there’s something called the ‘New Perspective on Paul’. The traditional view is that, in Galatians, Paul teaches about justification by grace. Instead of relying on keeping religious or moral law, by our own efforts, we are justified (that means, put right or declared innocent), by God’s free gift of grace, which we receive by faith alone.

The ‘new’ viewpoint, however, suggests that Paul is responding to divisions between Jews and Gentiles. Some Jewish followers of Jesus were insisting that if Gentiles wanted to follow the Jewish Messiah, then they had to go the whole way and follow the Jewish Law as well. In this way, the religious and racial divisions of society were becoming mirrored in the church. Paul’s radical stance was that we are all one in Christ, and that Gentile Jesus-followers didn’t need to follow its boundary-markers of the Jewish community.

I don’t see there’s much of a problem, although supporters of each of these perspectives do like to argue! Don’t these positions fit together? Paul’s theological understanding may have arisen from the cultural ferment of racial and religious division. But it led to him discovering a truth that is relevant to today. No matter what background we come from, we don’t have to deny our cultural heritage, in order to follow Christ. It’s not about external conformity to a set of rules, but God’s love revealed to us in Jesus.

But this grace which justifies us does not mean anything goes. Paul’s letter begins with his personal experience of encountering Christ, then addresses the divisions in the church, expands on the teaching on justification by faith in response to those divisions, and proceeds to demonstrate how the effect of grace in our lives produces change in our lives, as we live out the reality of being children of God in the power of the Spirit. This is the lifelong journey we are on, as Christ-followers.

Share the Love: Connecting to people in the community

When we’re confused and don’t know what to do 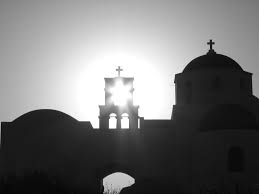