Last month, we welcomed two teams from our mission partners at Hunter Street Baptist Church in Birmingham Alabama. The first, comprised of teens, valiantly braved the rainy weather to do evangelism on the streets of Kings Cross! The second, a women’s team, came to minister and encourage our own sisters in their discipleship and ministry for Christ. 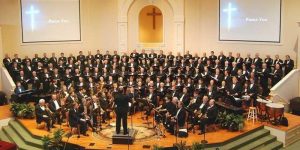 This month, we will receive a men’s choir from Georgia, in the USA, plus a guest preacher, Rob Hooks, who works with the homeless for London City Mission. But mission is not just from the affluent nations.

We also welcome in May, another guest preacher, Joe Bonga, a youth pastor from Kenya, with International Christian Youthworks Africa. This is an example of what theologians call “reverse mission”.
Churches used to think of mission as going in only one direction. Today, however, countries which used to be seen as ‘sending countries’, like Britain, are now receiving missionaries from the Global South. Indeed, mission today is really multi-directional! Theologians say that it’s now “mission from everywhere to everywhere”! It’s a move of God, his mission mandate, his initiative, in which we participate.
For example, we’re sending a team to do outreach at a rock festival in Poland, called ‘Woodstock’. In addition, Alex and Allan have been asked to minister at Biloxi Baptist Church, in Mississippi, during the autumn. And, this month, I shall speak at Streatham Baptist Church’s men’s retreat, and at Montpelier Evangelical Church in Purley.
But the character of our entire ministry at KCBC, based on our location in central London, is international. Naturally, we have our local mission, sharing God’s love, in our immediate neighbourhood, and London as a whole. But, we also have a global reach. Each week, we receive visitors from around the world; and we also send out our members into the world, as they graduate or change jobs. What we pray is that each person will receive ‘value added’ as they grow in their faith.
This reflects the life of the early church in the Book of Acts, which we’ve been reading in our Monday morning prayer meetings. Frequently, in this book, we see believers (ordinary disciples, apostles and missionaries) welcomed as they travelled between cities in the multicultural global networks of the Roman Empire, leading to the expansion of the Kingdom of God. 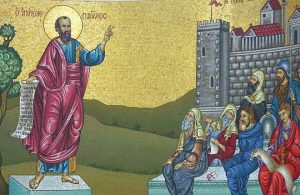 Paul stayed on in Corinth for some time. Then he left the brothers and sisters and sailed for Syria, accompanied by Priscilla and Aquila…They arrived at Ephesus, where Paul left Priscilla and Aquila. He himself went into the synagogue and reasoned with the Jews. When they asked him to spend more time with them, he declined… Then he set sail from Ephesus. When he landed at Caesarea, he went up to Jerusalem and greeted the church and then went down to Antioch. After spending some time in Antioch, Paul set out from there and travelled from place to place throughout the region of Galatia and Phrygia, strengthening all the disciples. Acts 18.18-23

EXEGESIS VS EISEGESIS – Have you been studying the Bible all wrong? 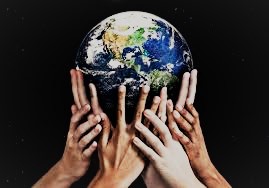